An 80 metres long artwork featuring art from 184 graduating RMIT students has been installed at a Metro Tunnel worksite in the heart of the NOLA precinct.

The artwork is a collaboration between the Metro Tunnel Creative Program and the 2021 RMIT graduate cohort of the Bachelor of Design (Communication Design).

Students were asked to design pieces based on two themes. The first is called ‘Beyond the Selfie’ and came from a concept by student Madison Daffy. “I love faces and always have. I think the perfect way to represent everyone in the cohort is through a self-portrait designed and made by them, representing how they see themselves as a designer and a person. This concept celebrates individuality, talent, and togetherness. Individuality is relatable, talent is respected, and togetherness is longed for – all qualities that audiences can relate to.”

The second theme is called ‘Off Grid’ and is inspired by how designers use grids to organise their messages, how Melbourne is planned on a grid, and how our rail network is visually expressed by a grid. The design is a nod to how in times of disruption, we go Off Grid.

The grid of the hoarding is a visual narrative, designed by Lucinda Nelson. It’s populated with imagery from 184 graduating students and several of their colleagues in second year and expresses the life of a student in two years of a pandemic. Distance, interruption, and disconnection have played a role in each student’s educational experience. Some students were in Melbourne, some in regional areas, some interstate, and some were overseas. All were connected virtually, through the screens of their computers, and all have collaborated on and joined together through this project. 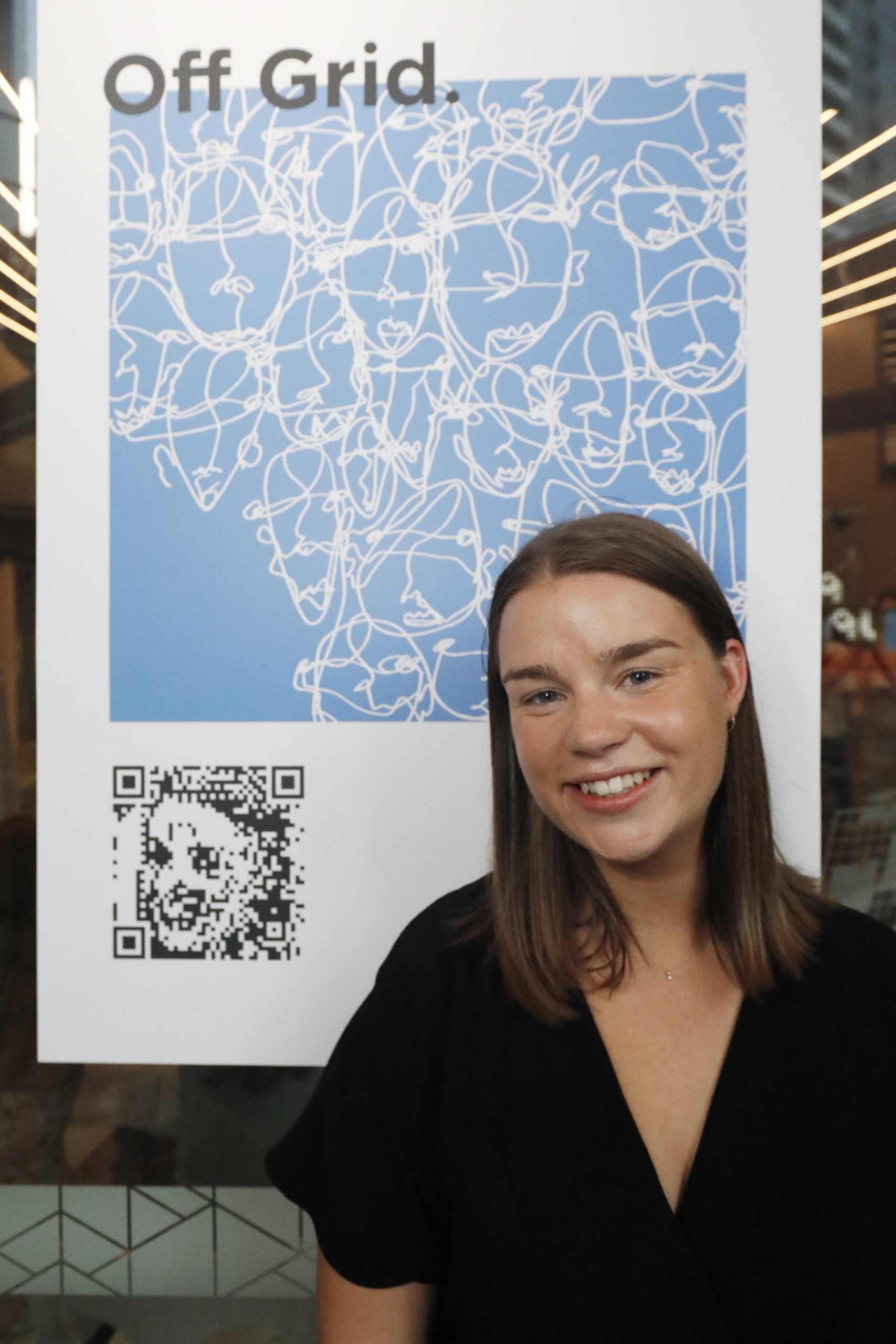 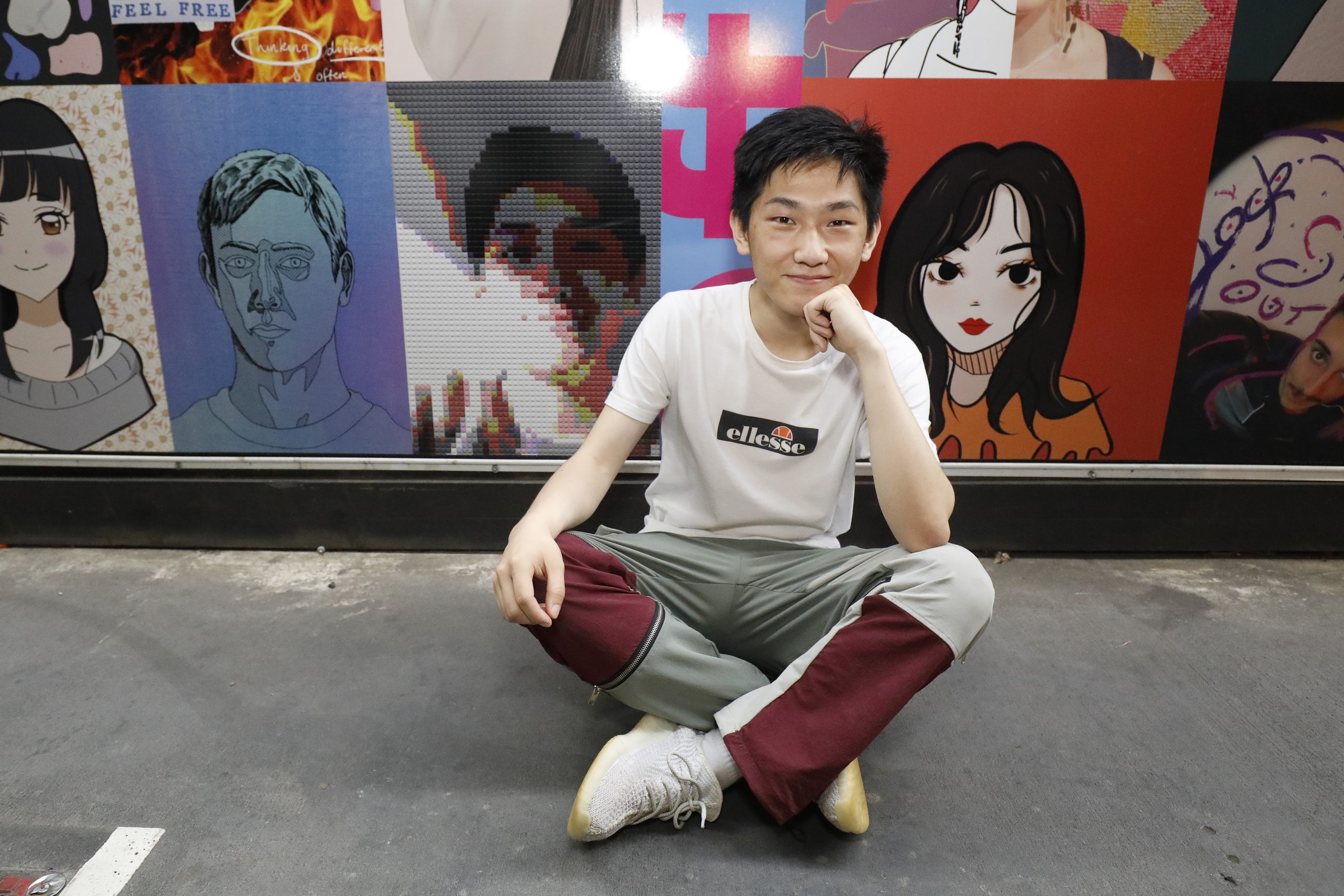 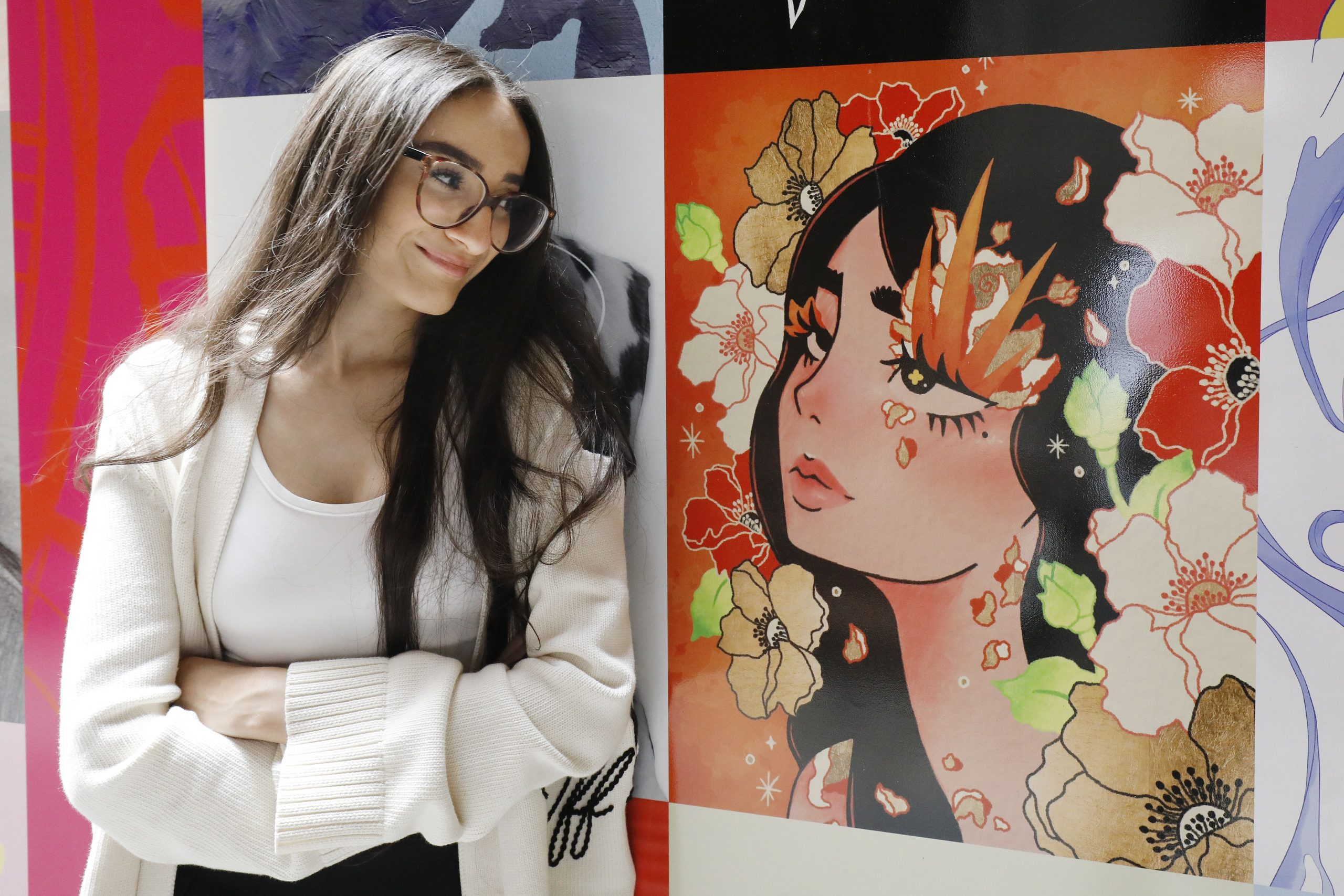 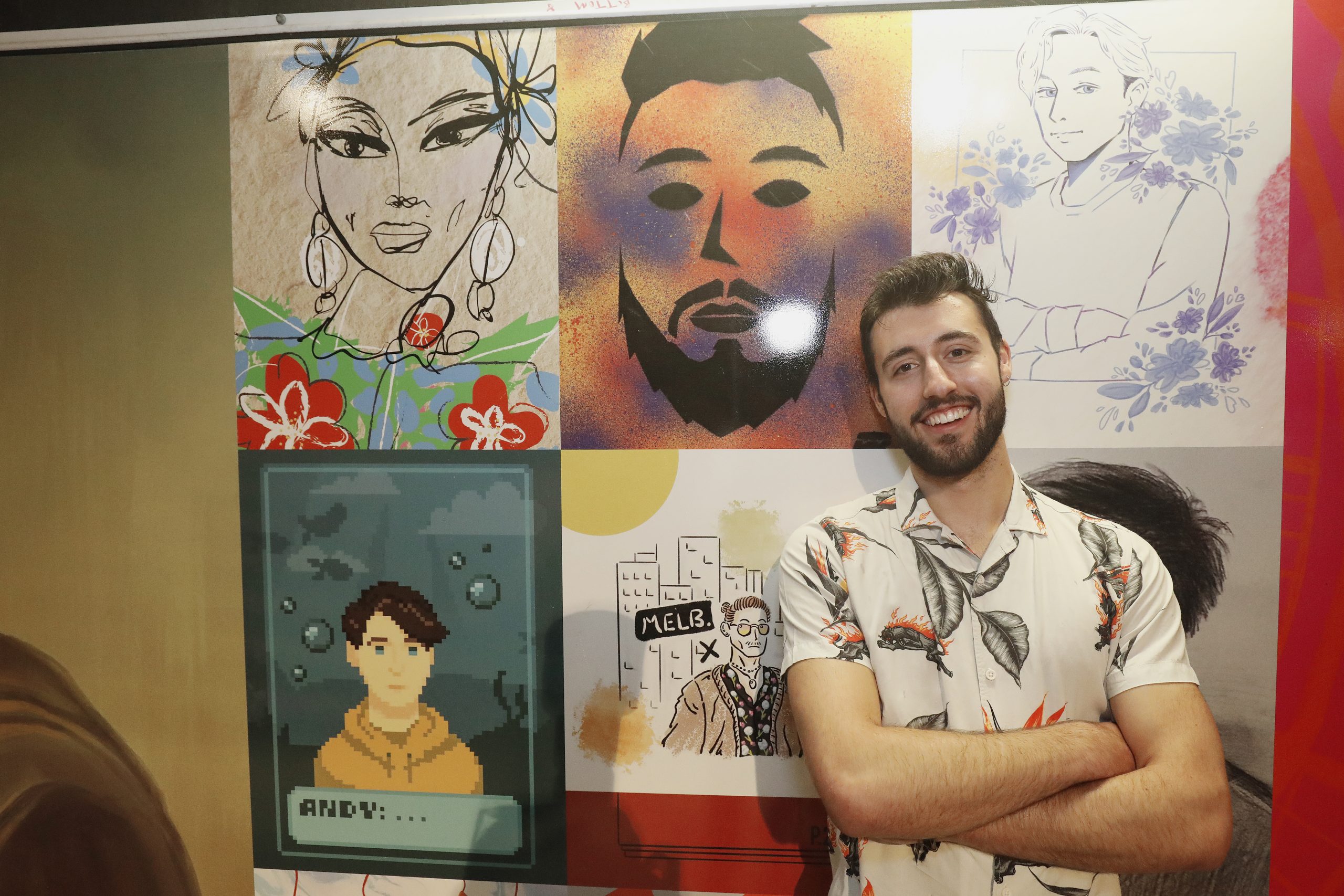 hear from some of the artists. 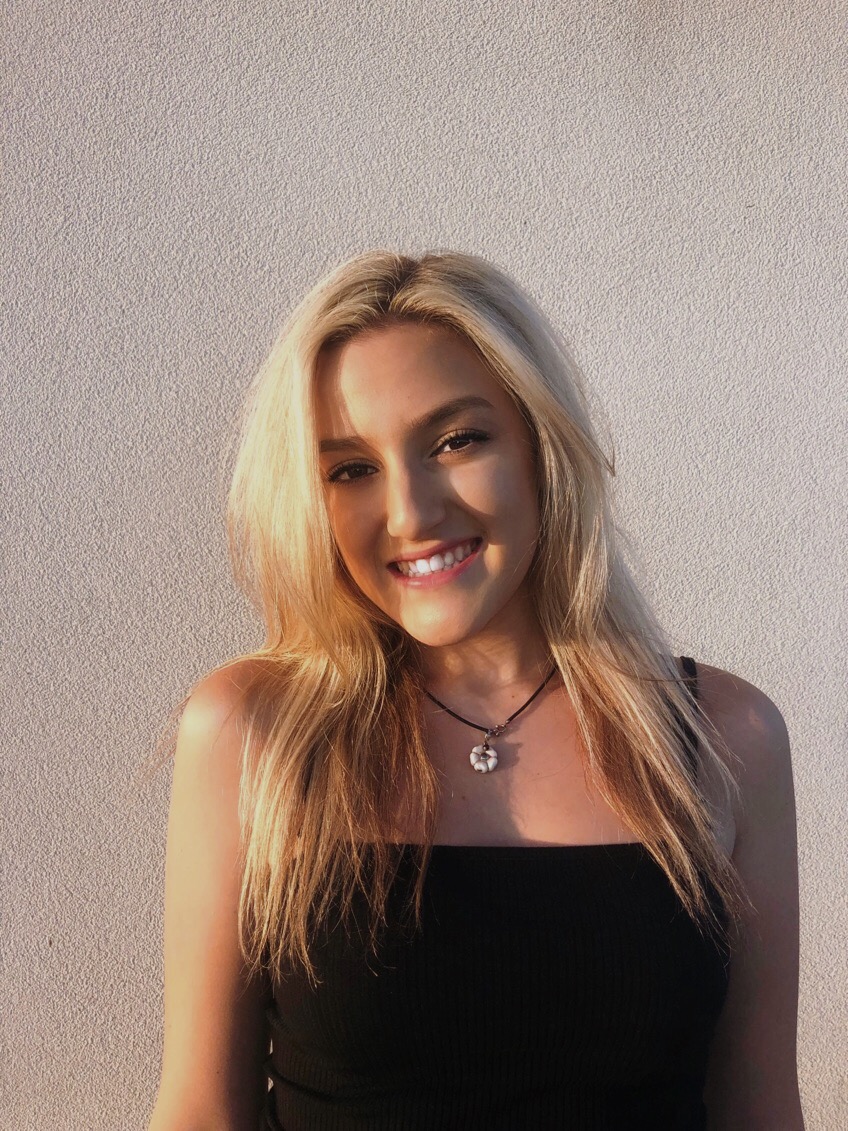 As a recent RMIT design graduate, Julia Gaeta is proud to see her work featured in the NOLA precinct. Describing her time at university as “a maze”, Julia found herself “excited to reach the destination” as she navigated studying at home. It was particularly the friendship Julia found at RMIT alongside fellow student Aly, that helped her along the way. They would FaceTime each other regularly to offer words of wisdom and bounce around ideas. Limited on-campus interaction inspired Julia to look inward, as it was during lockdown that she realised “creativity is also what you have inside” and not just from what you see around you. She discovered that “I am creative”.

With her new outlook, Julia created an illustrative self-portrait for the NOLA hoarding, that encapsulates her personality and Italian culture. She also chose to feature her beloved pet cat Oscar on the hoarding, as a fitting companion piece to her portrait and a wonderful memory of him.

Julia is excited to see her art on display. Now graduated, she continues to seek inspiration from inner creativity and hopes to secure a role working in the design industry. You can follow Julia at @elysiangraphics.

Vivian is a recent RMIT Design Graduate with a passion for manga, a Japanese art style relating to cartooning and comics. She hopes that by sharing her work, she can inspire children and teenagers to expand their knowledge of the art-form, encouraging them to draw manga in their own unique style.

Vivian’s self-portrait has been featured on the RMIT graduate NOLA hoarding on the Metro Tunnel Franklin Street Acoustic Shed. She describes her time at RMIT as being “like living a new life”, as she navigated her studies in art and Graphic Design, making friends with            like-minded creatives along the way. Vivian has loved exploring Melbourne, noting the NGV and the Melbourne Exhibition Centre as standouts.

Motivated by international freelance artists, Vivian began prioritising her passion for graphic design in 2018, working hard to explore new art techniques and ideas. She is proud to share her work to the Melbourne community and fellow manga lovers as part of the NOLA initiative.

Vivian hopes to secure employment as a graphic designer or manga artist after her graduation, with dreams to sell her artwork to the community at events such as Pop Culture Conventions. You can follow her journey on Instagram @vivian_graphic. 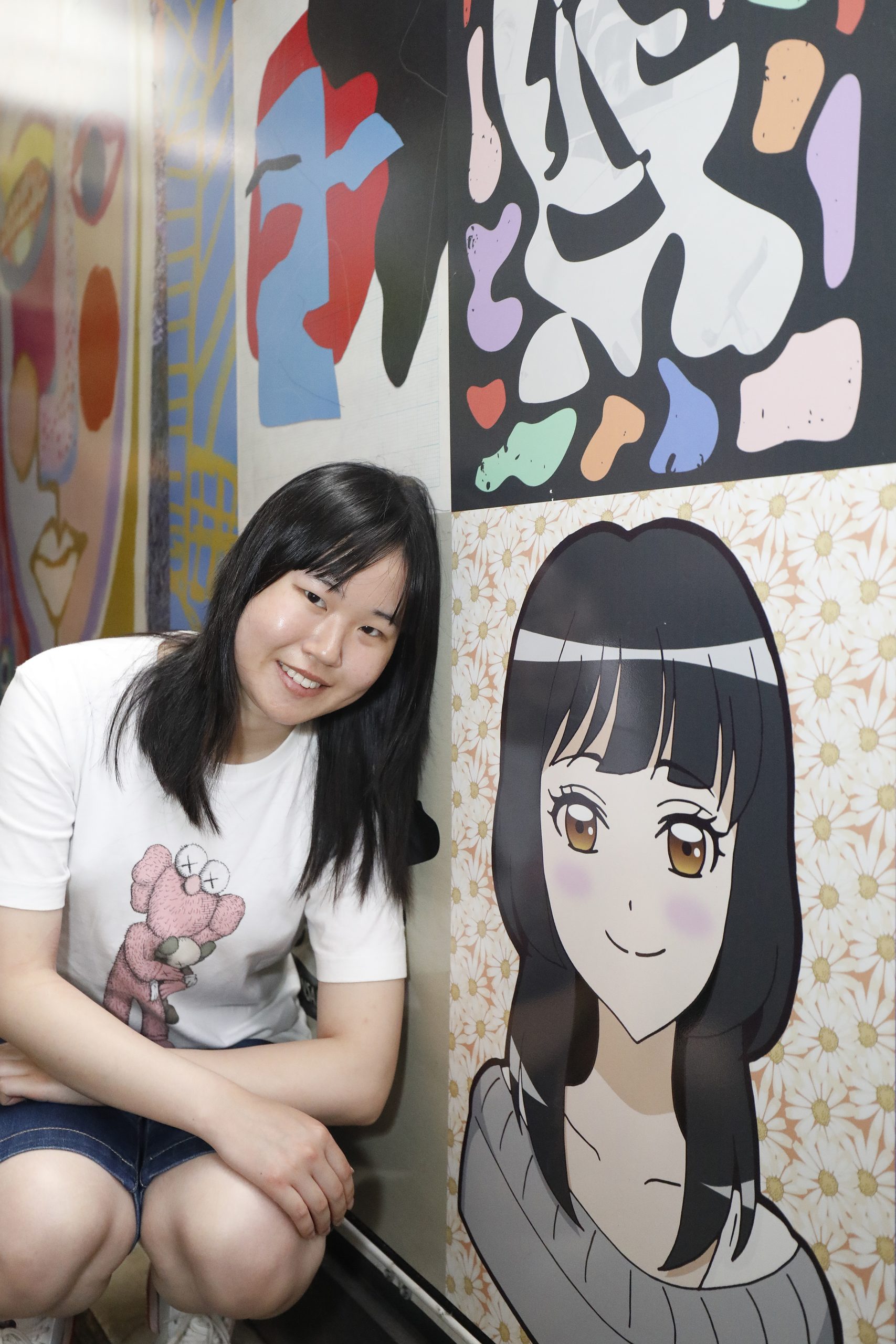 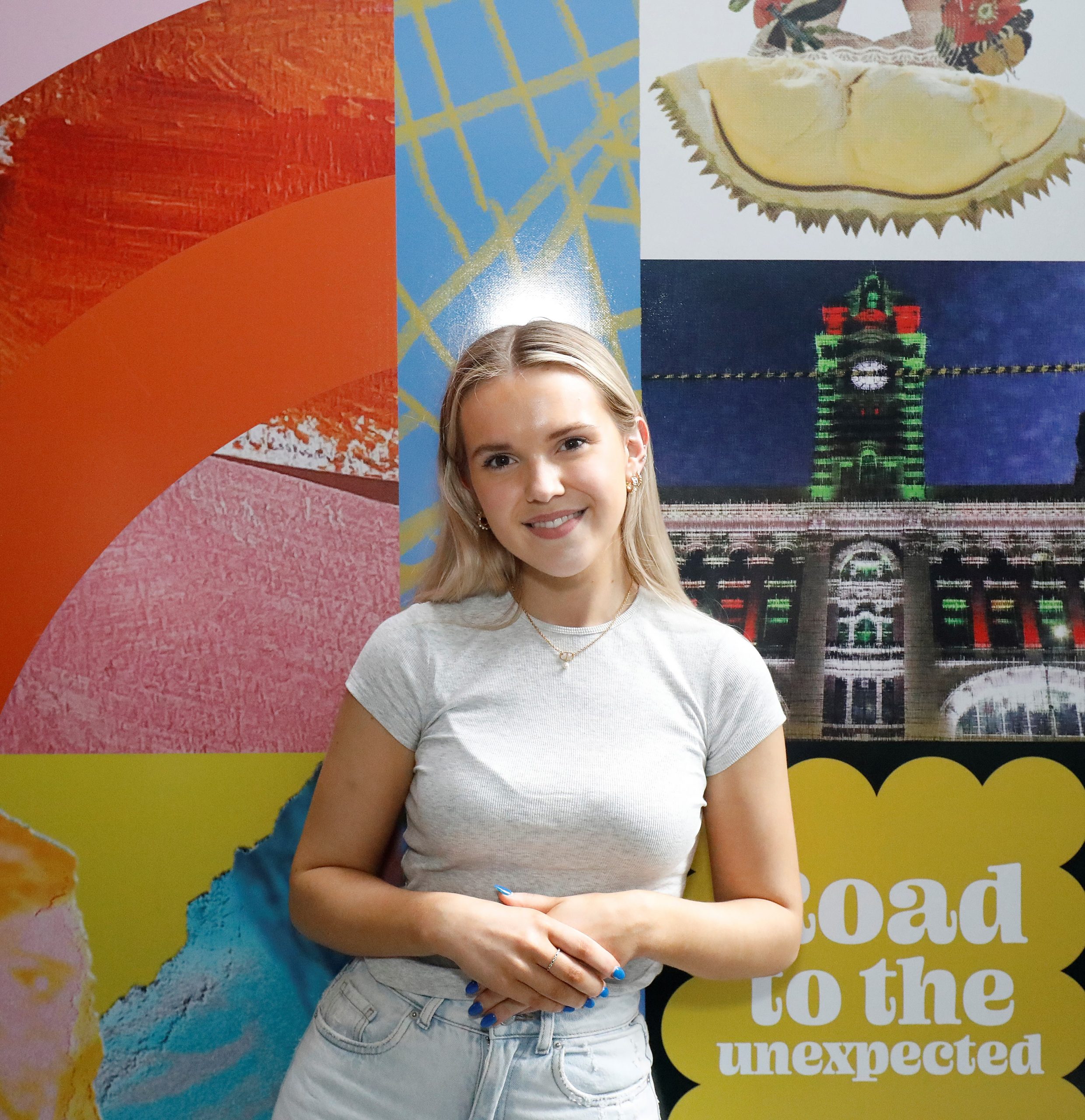 Aly Westcott has two pieces featured within the graduate hoarding. The first piece being a mixed media artwork where Aly was exploring “what it means to be creating and designing at home, trying new ways of making content” and “seeing what I was able to achieve through layering both my digital and handmade art.”

Aly’s second piece is a design motif with different sayings that reflected the cohort’s experience with moving studies online and working remotely. Phrases such as “Well… this didn’t go to plan” and “Insta Place” spoke towards the students’ unexpected experiences, while also mentioning the ways in which they stayed connected.

When asked how it feels to have her work featured in the NOLA precinct, Aly states that “it is exciting and rewarding to see our hard work over the past three years come to life in a physical setting and not just on the screen.” “It creates conversation between both the university and people who have no connection to the hoarding, and I feel that is what communication design is all about” she added.

It was Aly’s passion for art that kept her motivated during her degree, as she notes “I see art and design in everything around me and I one day hope to make an impact on people through my designs, whether that be big or small.” Aly especially loves the arts and design culture embedded within the city, and attributes that to growing up in Melbourne, which allowed her the “freedom to express myself and encouraged me to pursue a career in design”.

You can follow Aly over on Instagram at @alywestcottdesigns. She enjoys expressing her passion for art on her platforms and hopes to secure a role within a company that “appreciates the impact that design can have on creating a successful and trendy business”.